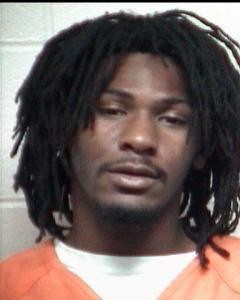 According to victims and witnesses, Tolbert and two of his friends were involved in a series of fights with different individuals at the club prior to the shooting. Just after 2 a.m., Tolbert pulled out a handgun and fired into the crowd of patrons. The round grazed 51-year old Abraham Jenkins' leg, before striking another victim, 33-year old Henry Brown. Brown sustained a significant gunshot wound to the leg.

The victims were transported to Beaufort Memorial Hospital for treatment. Jenkins was treated for minor injury and released. Brown currently remains hospitalized in undisclosed condition.

However, deputies continue to work to identify others who were engaged in fighting several other club patrons before the shooting.

FIrst reporting: Authorities are on the lookout for the gunman who is accused of firing on two at A.J.'s Bar in Burton, causing non-life threatening issues early Saturday morning.

Head over to WTOC for the brief.