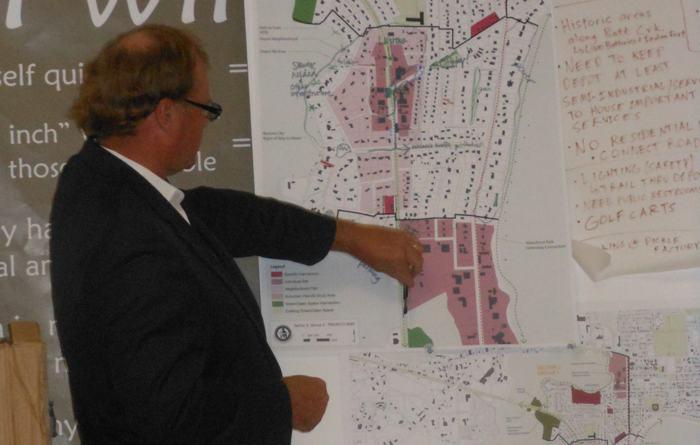 3:02 am on Wednesday October 19, 2011 | Posted by Ken Hawkins
Have a say in Beaufort's future: Come out to the design meeting

Post-event update: The overall vibe that came out of the meetings was that connectivity is key for the growth of Beaufort, and not just for cars but for pedestrians and bikes, too.

The Island Packet has a nice report on the consensus; take a read here.

First reporting, meeting preview: The City of Beaufort is working to create plans that will control and guide the future development of our city's roads, bike paths, buildings, businesses and more — and to that effect workshops will be held for "sectors" two and three in the coming days.

The design and planning charrettes will run from Tuesday, September 27, to Tuesday,﻿ October 4 and the city is hoping for active community involvement.

Sector two is roughly the top half and three is the lower.As for what will happen, according to a release: "The Civic Master Plan will establish principles and standards that all public and private development will follow and will identify and promote investment and reinvestment opportunities, block by block, in each neighborhood throughout the entire city. Each neighborhood has its own unique history, character and physical attributes and we need your help to identify how each will evolve over the coming decades."

All meetings will be held on the second floor of Beaufort City Hall at 1911 Boundary Street﻿.

The Redevelopment Commission has held several workshops over the past few weeks to gather input from local residents and property owners. Comments from these meetings are summarized on the Office of CivicInvestment website.