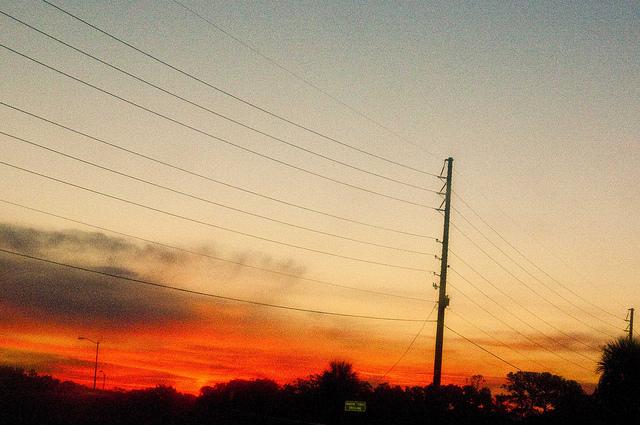 Update: As you might expect, burying power lines is not an extremely quick process and certainly not free, which doesn't make it very exciting to utility companies.

The Island Packet has a story that flushes out some of the problems in the near term to getting the digging going; take a read here.

First reporting: More power and low-voltage lines will be buried underground rather than strung from poles following action by Beaufort City Council.

(Yes, action has come out of all that discussion that started this time last year.)

The Council gave the first of two required approvals to an ordinance that, in a nutshell, requires electrical power lines to be relocated or moved underground along with low-voltage communications and cable TV lines.

The goal: Reduce the number of poles and overhead lines crisscrossing the city.

"As part of our continuing effort to improve the appearance of our city and to improve the overall safety for our residents and visitors, this ordinance is an important step for the future of Beaufort," Beaufort Mayor Billy Keyserling said.

Removing the overhead lines can improve safety by eliminating poles and by reducing the likelihood that falling tree branches will disrupt power, phone, cable or Internet services, Keyserling said.

"Beyond that, it makes the City look a lot cleaner without the clutter of overhead lines crisscrossing our streets and intersections," he added. "One of our next steps is to look at ways to pay for this, whether it's re-routing the lines or putting them all underground."

Meanwhile, SCE&G continues to elevate its heavy duty transmission lines on taller poles to reduce their impact on Beaufort's historic trees. The distribution lines, which carry electricity to homes and businesses off the transmission lines, eventually will be buried whenever possible.

In a related matter Tuesday, the City Council voted against a request from Hargray Communications for a state-issued certificate of franchise. City leaders said they preferred to work directly with Hargray in hopes of getting them onboard with other Beaufort utility providers to move cables underground in the public rights of way.

Beaufort officials are working with SCE&G to relocate overhead power lines underground. As that is being done, low-voltage lines that typically carry cable TV and phone signals also should be buried, City Manager Scott Dadson said.

"This is the right thing to do for the City of Beaufort, now and looking into the future," Dadson said. "Every few years we have complaints about how trees are trimmed to make way for overhead lines. Every few months we hear about electricity going out or phone service being lost because a tree branch fell on the lines during a thunderstorm. This solves those problems while also making our historic city a lot prettier."

For 22 years Beaufort has enjoyed its status as a "Tree City USA," a recognition of its tree preservation and planting efforts.

Over the past year, the City of Beaufort Tree Board volunteers have been working with SCE&G and low-voltage cable providers on ways to bury or relocate lines. They came up with 10 pilot projects across the city. Most are roughly two-block residential areas that have extensive tree coverage or canopies.

"The object is to bury the lines, find alternate routes or take other actions to help create a tree friendly city and a power distribution and communication system that is efficient for all concerned. That stops the pruning of the trees. You also have cable lines, and those lines would remain overhead if all we did was move the power lines, so a partial fix isn't really a fix at all," said Eliza Hill, the City Planning Department's landscape architect.

"We went ahead and looked at the big picture and will soon be presenting a plan to move the lines below ground, including cable, phone and other lines," she said.

A key part of the Tree Board's proposal will be recommendations on how to fund the change to underground lines. That cost may require a partnership and commitment by and between customers, utilities and the city, Dadson said. The payoff would be in fewer lines downed by weather and tree limbs, less tree-trimming by utility companies and a more scenic city.

"When the overhead lines are removed, it opens up so much space on the sidewalks and rights of way, plus it allows for a natural tree canopy," the mayor said.