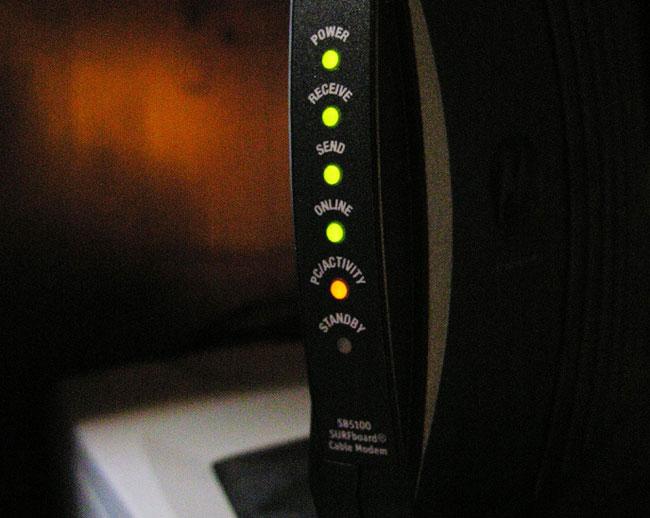 4 p.m. July 7 update: We spoke with Timothy Hey, manager of plant center operations at Hargray, and he let us know that all services should be back up and running.

We really can't give you the technical details on what the cable issues were, but they should be resolved now.

As for Internet, Hey said Hargray had another Internet 'blip' about two days ago, but that's been resolved, too.

Updated July 7: Spotty Internet? Frozen channels on your television? We Hargray subscribers call that a Thursday here in Beaufort County.

Yes, Hargray again appears to be having service issues.

We've got a call in to a Hagray rep and hope to hear something back on what happened, why and when it will be fixed.

Reported June 25: The last major Internet outage we noted from Hargray happened back in February, and they've once again hit on a fault.

The regional phone, cable, and Internet communications company stated, "You may have experienced outages of varying levels of severity during the course of the day. We will be replacing the router that is causing those issues [Saturday] morning between the hours of 2-6 AM during which you will be without service."

But we're not looking to beat a dead horse with this post (with a bit of luck all should be well with your Internet now as you read this), instead:

1) If this was the same failure as last time, you could have well dodged the outage by changing your "DNS server."

I know, it sounds like Greek, but that's what turns addresses like http://google.com, into their real, numeric addresses like 66.102.7.104.﻿ Luckily for you, Google maintains a free service that will keep you going in many situations like this.

Here's an overview and how to configure the service.

2) When you don't get hit by the outage, sometimes the enraged comments of others can be just a little funny. Here's some that we noted on Twitter and Facebook.

Gail T.: DISLIKE..On and off ALL DAY!!! How unexcusable and unprofessional...I want an account credit. I couldn't get my work done online on a WEEK day!!!

Mason T.: mom stop spamming hargray or else they will get angry at you for not helping their marketing propaganda, i mean advertising and will delete your statuses.﻿

Patrick_Donohue: ...And my internet is down. Has been sporadic all day. Can only mean one thing. A huge outage is coming. Keep up the good work, Hargray!﻿

rkiels: Thanks #Hargray, I love watching a huge ballgame on ESPN3 and having my internet go out.﻿

And then an assorted bag of four letter niceties was also spotted.

If it makes you feel any better, we feel your pain as we noted a 25% drop in local traffic yesterday, and we're pondering how much of that drop was due to the local outage.

Good luck today, and if it's still not working for you, take advantage of the first non-scorching temperatures (high of just 91) we've had in a while and head outside.

Their Ethernet hardware inside the network system probably had system failure. Down time can be expected on these occurrences. A network must always have a ready back up if one part of the machine fails. www.spectra.com/EMC

Since the problem kept repeating that means they couldn't find the source of the technical issues. Sure, they could try to replace the router, bring a portable wireless router for that matter but did this the first time and the problems kept going, obviously the technical team needs to come up with better answers to their customers.