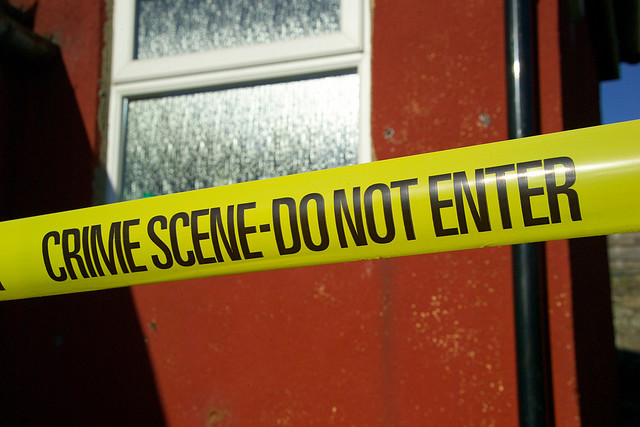 Normally this one would fall beneath our coverage threshold, but seeing as crime in downtown Beaufort is the issue du jour, I thought it deserved mention.

The Beaufort County Sheriff’s Office is investigating a burglary that occurred Tuesday, August 17, at a home on Whites Lane near the downtown Piggly Wiggly.

Here's the info from the press release:

Just after 7:30 pm Tuesday, August 17, Sheriff’s deputies responded to Diamond Town Houses on Whites Lane in reference to a burglary that had just occurred. Upon arrival, deputies met with the 37-year old victim who advised he’d come home to discover a masked intruder inside.

The victim stated that he’d arrived home at approximately 7:15 pm and noticed that the door to his bedroom was closed and locked, which he did not remember doing. The victim was then suddenly met in the foyer by a masked man armed with a handgun, and the two began to struggle. The victim was able to free himself from his attacker and flee the home uninjured. The suspect also fled the home in an unknown direction.

Upon inventory, it was determined that a handgun and several watches had been stolen, and that the suspect had rummaged and searched throughout the home, causing damage to an interior wall in the process. It is believed that suspect made entry to the home by breaking a window.

The suspect was described as a black male, approximately 5’10”, 175 lbs, wearing a black mask, gray t-shirt, and black jeans.

The Sheriff’s Office is asking anyone with information to contact either Investigator Cpl. J. Kelleher at 843-255-3416 or the Beaufort County Dispatch Center at 843-524-2777.