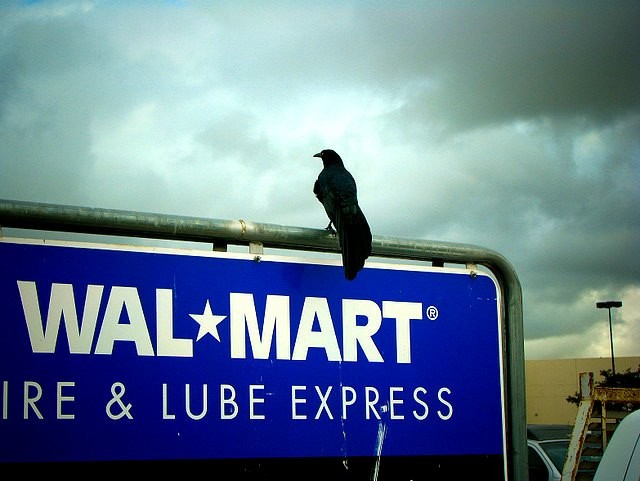 7:43 am on Thursday May 5, 2011 | Posted by Ken Hawkins
Haley, Wal-Mart to announce major expansion in South Carolina; Political storm brews

Just days after the South Carolina economic development community was rocked by news that the 1,250-job Amazon deal was dead, Gov. Nikki Haley and Wal-Mart executives came together Wednesday to announce a major expansion of the massive retailer.

The timing and relationship of these two events will make analysis impossible to resist, but first I'll try to connect you with the straight news of the day.

The store says it plans to add "dozens of new stores" and 4,000 jobs over the next five years to its existing 77 locations in the state.

You can get lots of facts from the press release or the announcement video at the bottom.

One bit of misleading info to watch for is the line about the average wage of $12.80. Be sure to note that this is for full-time employees only. There is no word yet on any incentives the company was (or wasn't) offered.

As I mentioned up top, the state (particularly the Midlands) is still reeling from the downfall of the already-going Amazon deal, and much of the credit for the derailment is going to Wal-Mart.

Something that is doubly ironic when you consider that the line to disrupt the deal was more about saving local small business. But as I said some time back, a healthy deal for Amazon is far more of a risk to big box stores than the mom and pop shops.

And with these thoughts, two big political questions arise:

1) Was the Wal-Mart announcement political payback for Haley's willingness to let the Amazon deal die?

The State has an early news analysis hybrid piece that explores some of these concepts (read that here), but it will be at least a day or so before we have much depth.

And the Charleston City Paper﻿ has some lampooning of the news.

As a quick closing bit of commentary from me: It's sad to see our state's leader cheer a deal like Wal-Mart and bemoan the role of a company like Amazon. While the deal stuck may not have been perfect, it was clearly in the better overall interest of our state, and — if you've read all our past writing on the topic — far more clearly than the Wal-Mart expansion.

The business model that online commerce represents is "disruptive innovation." It's painful now, but I think a wizened look at the situation reveals a path by which it can give us the best of both worlds: low prices on commodity and bulk goods for things we can wait for, and a healthy local small business for the goods we need today.

And I think Wal-Mart, BestBuy, and all the other big box stores see this, too, and that's just why they would hate a deal for Amazon.