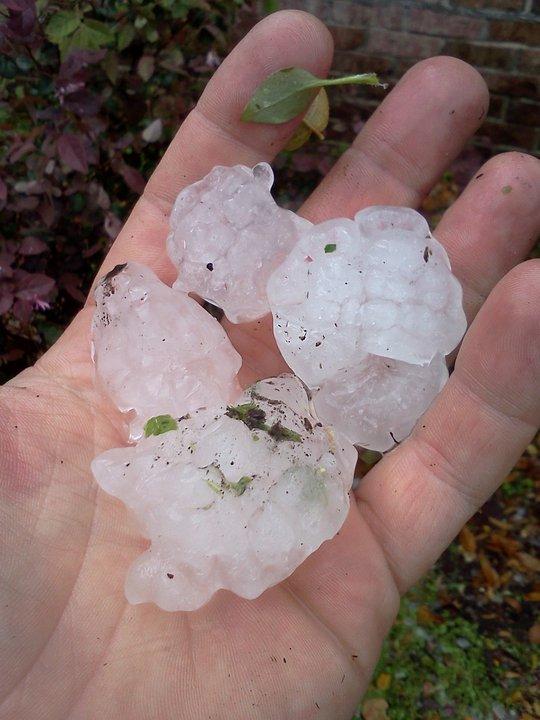 Update March 28: We'll keep adding more photos as we get them below, but I wanted to update you on a few things.

The event seems to have centered on the Beaufort-Bluffton-Savannah stretch dispersing the more westerly you head from Savannah — here's a solid weather map of reports.

We can thank HHIWX for pointing that link out, and they also have this impressive image of the storm developing.

As for today and the rest of the week, much of the craziness should be gone but the forecast for nearly every day calls for a small to strong chance or rain, so be sure to replace that umbrella the hail destroyed.

Also, The Island Packet has a pretty standard news write-up that you can read here.

First reporting: In case you missed it, there was a pretty major hail storm in Beaufort on Sunday.

We're seeing photos and reports from all across Beaufort posted to Facebook of what people experienced. Reports are hail of up to 2 inches in size came down across the region.

The Weather Channel really has the only article up so far, though we expect some local coverage to come.

All of the photos show, including the main pic, are from the Beaufort area.

If you got some great photos of the hail we'd love for you to share them with us. Send them along to beaufort@thedigitel.com Fergus and Ronan in their southern snow. In the Waddell Gardens area of Beaufort.