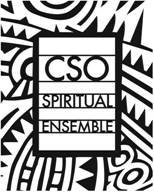 10:02 am on Wednesday August 8, 2012 | Posted by ArtSeenSC
Spiritual Ensemble brings it to Beaufort

Bridging cultures & generations through music: the Charleston Symphony Orchestra Spiritual Ensemble implements a school residency and performs a public concert in Beaufort SC, presented by ARTworks, funded by the National Endowment for the Arts.

Now in its fourth season, The ensemble strives to honor the devout musical tradition that African-Americans formed as slaves after arriving in this country and in particular its relevant history here in the South Carolina Lowcountry. In July 1999, the General Assembly of South Carolina proclaimed the spiritual the official music of the state.

The 2012-2013 season marks David Richardson’s debut as director of the CSO Spiritual Ensemble. A recipient of the prestigious Charleston Southern University Horton School of Music Senior Excellence Award for his exceptional work in the area of Choral Music Education, Mr. Richardson is a noted baritone soloist who has garnered admiration of the choral community throughout the Carolinas. The Ensemble is the organic outcome of its sister organization, the CSO Gospel Choir’s broad vocal talent focusing on African-American spirituals and sacred music in a variety of performance settings.

The residency will include two days of vocal music classes in Whale Branch Early College High School and Battery Creek High School. Their work will culminate in a community performance of “Circa 1871: An Ode to the Fisk University Jubilee Singers” Saturday Night, October 20, 2012 at the Battery Creek High School Performing Arts Center at 7:30 p.m. General admission ~ $17; students & groups of 10 or more ~ $12; children under 12 ~ $7. For more information: 843-379-2787, www.artworksinbeaufort.org. Battery Creek High School is located at 1 Blue Dolphin Drive, Beaufort, SC 29906. ARTworks is the community arts center of Beaufort, the coolest arts council in the Carolinas, and applies the many creative tools of The Arts to strengthen artists, and enrich audiences, collectors, and visitors through high quality arts experiences and arts education programs 365 days a year. ARTworks is located at 2127 Boundary Street, in Beaufort Town Center, SC 29902.

Head to the source at ArtWorksInBeaufort.org