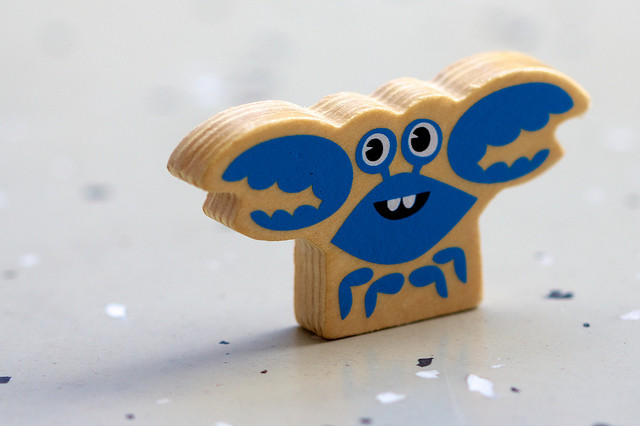 Update February 15, 2012: After months of speculation and drama, it has been confirmed that the 2012 Blue Crab Festival is indeed a go.

The 31st Blue Crab Festival will be held on May 19th and 20th. Currently there are no activities or entertainment listed on their website, BlueCrabFestival.org

Hop on over to SCnow.com for their report.

Reasoning for the festival organizers pulling the plug seem to come down to them "being tired," however, they did manage to score a $170,000 payday thanks to last year's Blue Crab Festival. Councilman Worley feels that the council may have to step in and take over the festival which is something Horry County has never done.

Head on over to SCnow.com to watch their report, and read on below for the back story.

Update December 5, 2011: This past Saturday evening Councilman Worley﻿ called to let me know that there will be a meeting with the Little River Chamber this week.

The Councilman didn't know the exact day of the meeting and asked that I call him back this week. Worley reiterated﻿ the sentiment that, "there will be a 2012 Blue Crab Festival," adding to me over the phone, "even if I have to do it myself."

We'll keep you updated as soon as we hear when and where the meeting over the fate of the Blue Crab Festival will take place.

Update December 3, 2011: The Sun News got the direct confirmation from County Councilman Worley that he will ensure the Blue Crab Festival will happen.

The details aren't entirely clear from The Sun News report. It appears as though the Little River Blue Crab Festival was managed by an independent entity and Worley has committed to getting funding to the Little River Chamber of Commerce so they can handle the event. Currently, the chamber produces the Shrimp and Jazz Festival.

First Report: According to event organizers the 31st Little River Blue Crab Festival has been canceled.

The wildly popular annual event held in Little River won't be happening next spring, says the  Blue Crab Festival committee,﻿ due to some complaints and concerns over how the festival is run. Some of the concerns are: parking, vendor placement, entertainment and security. Complaints, organizers say, that need a full year and a half to sort out.

However, looking through The Sun News' comments, I came across a comment by person claiming to be Harold Worley, Horry County Council member, District 1﻿. Worley said in his comment:

Organizers say the festival will come back in 2013. Head on over to The Sun News for their complete write-up.