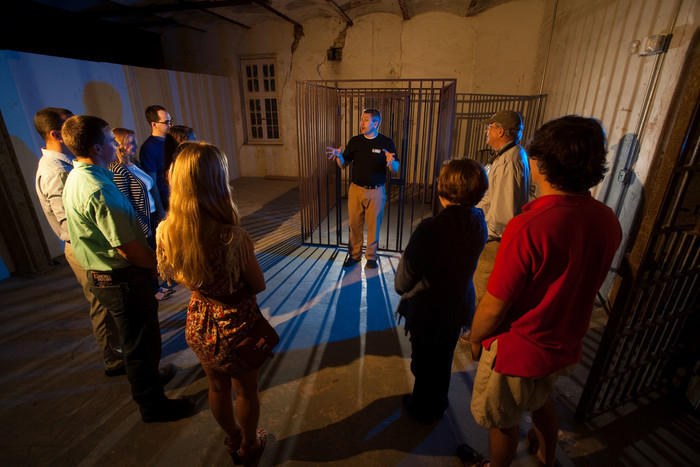 Charleston’s Bulldog Tours has been selected by USA Today’s local experts as the No. 1 ghost tour in the country.

The 10Best Readers’ Choice Award for the Best Ghost Tour included 20 nominees from around the country, chosen by a panel of experts that includes a combination of editors from USA TODAY; editors from 10Best.com; relevant expert contributors; and sources for both these media and other Gannett properties.

The public then had four weeks to vote for its favorite ghost tour from among the 20 nominees. The final winners were announced on Oct. 16.

Since 2001, Bulldog Tours has been entertaining visitors with tales of Charleston’s haunted past and dark secrets. Its tours give visitors access to buildings they wouldn’t otherwise be able to experience, including the Old City Jail, Provost Dungeon at the Old Exchange Building and the city’s oldest graveyard at the Old Circular Church.

“Charleston’s historic and haunted past combined with our top-notch tour guides have given us the recipe for successful ghost tours,” said Bulldog Tours founder John LaVerne. “We’ve always known our tours were the best so it’s wonderful to let the rest of the country know how much fun it is to explore Charleston’s spooky side.”

Featured on SyFy’s “Ghost Hunters” and the Travel Channel’s “Ghost Adventures,” the Old City Jail has a dark history that began in the early 19th century. In nearly 140 years, more than 14,000 people died on the jail’s grounds — either at the gallows behind the jail or inside the building itself. Those unsettled souls haunt the jail today along with the troubled spirits in nearby graveyards.