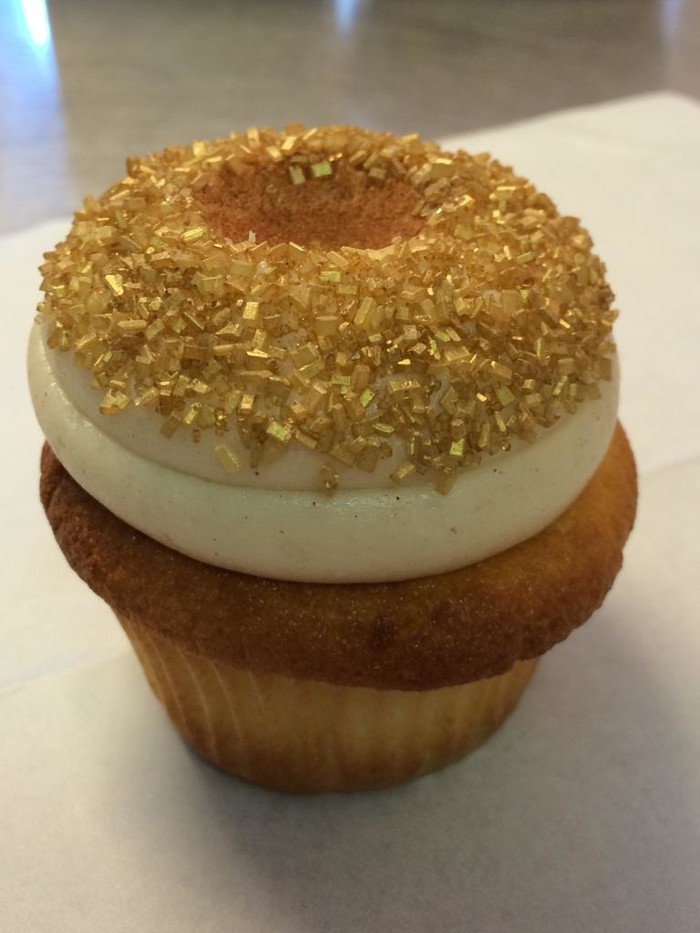 Cupcake is hosting a “sweet” book signing event on Saturday, April 19, 2014 from 10:00 am to 12:00 pm at Cupcake’s downtown Charleston location at 433 King Street.  The two hour event is featuring local author Andra Watkins and her newly released book, To Live Forever: An Afterlife Journey Of Meriwether Lewis.

Cupcake has created a specialty “Cinnamon Sugar Doughnut” cupcake that will be available at the King street store all day to accompany the book signing event. The cupcake is a cinnamon swirl cupcake; vanilla cake with cinnamon streusel baked in the middle, topped with a cinnamon cream cheese icing, dusted with cinnamon and rolled in sugar.

Cobb said, “Andra’s book takes you on such a fun journey that we wanted to share it with our customers and anyone who wants to join! We were really excited to create this signature cupcake that resembles a doughnut to go along with this book signing, because doughnuts play a yummy role throughout the book.”

To Live Forever: An Afterlife Journey of Meriwether Lewis debuted on March 1, 2014. Watkins said, “It’s a mishmash of historical fiction, paranormal fiction and suspense that follows Meriwether Lewis (of Lewis & Clark fame) after his mysterious death on the Natchez Trace in 1809.”

To launch the novel, Watkins was the first person to walk the 444-mile Natchez Trace. She started her 34 day journey on the day of the book release on March 1st through April 3rd, Watkins added, “I will take readers into the world of the book. You’ll see the places that inspired scenes and hear the backstories of different characters.”