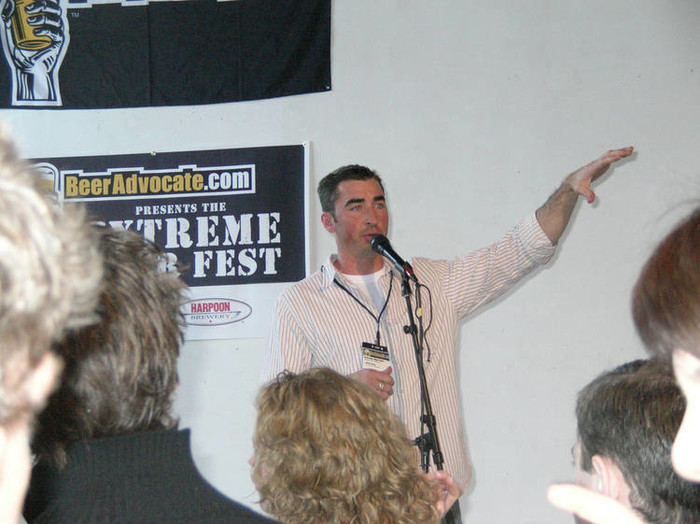 Avery's founding in 1993 puts them in rare company with the handful of major craft brewers (Stone, Victory, etc.) that survived the bust of the mid-to-late 1990's and came out all the better for it.  Their higher-ABV offerings were among the first in the Lowcountry after we popped the cap in 2007, and they remain a mainstay on our shelves and tap banks.  Head honcho Adam Avery is famous (or, perhaps, infamous) as a highly entertaining host who always gives a good bang for your beer buck.

The festivities start at Closed For Business on Tuesday, November 8th, where Adam will be hosting a tap takeover.  Twelve C4B taps will be pouring Avery, including a few yet-to-be announced special kegs hand-selected for the event.  Rumpkin (rum barrel-aged imperial pumpkin ale, 13.8% ABV, B+, 99) and The Beast (14.9% ABV, B+, 98) will definitely be on, but you'll have to show up to learn about the rest.  The event runs from 5 to 7 p.m., and Closed for Business is located at 453 King Street downtown.

Wednesday, November 9th will see Adam at House of Brews in Mount Pleasant for a "meet the brewery happy hour" from 4 to 6 p.m.  Something equally special, and equally unannounced, will be on tap.  House of Brews is located at 1537-C Ben Sawyer Boulevard.

The visit culminates with "The Avery Experience," a night of beer at Voodoo Tiki Bar & Lounge whose prospects frankly terrify me.  Starting at 6:30pm, Adam will host a limited crowd of 48 seated attendees, guiding them through five (5) flights of three (3) beers each.  That's fifteen (15) beers, people.  And these aren't your regular, quaffable ales.  Here's the lineup:

The Holy Trinity of Ales

The Demons of Ale

Tickets are strictly limited to 48 for this, and are available for $35 from Voodoo (the price includes all the beer).  The kitchen will be open during the event, so you can order from the regular menu.  Voodoo Tiki Bar & Lounge is located at 15 Magnolia Drive in West Ashley.  Visit in-person or call them at (843) 769-0228 for tickets and more details.