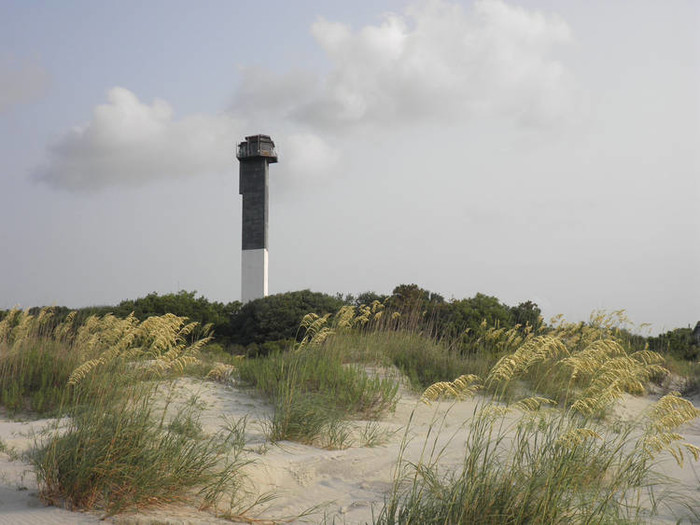 The Sullivan's Island Lighthouse is passing the 50 year mark with a party today, June 16.﻿

Most light years are well past the 100 year mark, but the Sullivan's Island Lighthouse (aka the "Charleston Light") was the last of the major lighthouses to be built by the federal government.

From 2 to 5 p.m. the National Park Service﻿ will have a special event 1815 I'On Avenue on Sullivan's Island ﻿(the lighthouse grounds).

The grounds, quarters cupola and boathouse will be open to the public. The program begins at 2 with live music by Ward and Joel of Sol Driven Train. Lighthouse architect Jack Graham will join local officials for a short formal program at 3.

Martha Graham and Helen Hammond will release their new children's book on the lighthouse, Standing Straight and Tall, The Charleston Light at Sullivan's Island and The Adventures of Scoops the Seagull. They will sign copies of their book, along with local authors Cindy Lee (History Press: A Tour of Historic Sullivan's Island) and Margie Clary and Kim McDermott (Arcadia Press: South Carolina Lighthouses).

There will also be light snacks and a take-home commemorative poster designed by Amelia Millar.

A special invitation is issued to anyone with interest in the U.S. Life-Saving Service or ties with the U.S. Coast Guard on Sullivan's Island. The afternoon event will include opportunities for the public to have input on park management alternatives for the Coast Guard district and the lighthouse.

Because of  health and safety concerns the lighthouse itself will not be open — we have posted coverage of the Charleston Light's interior in the past.