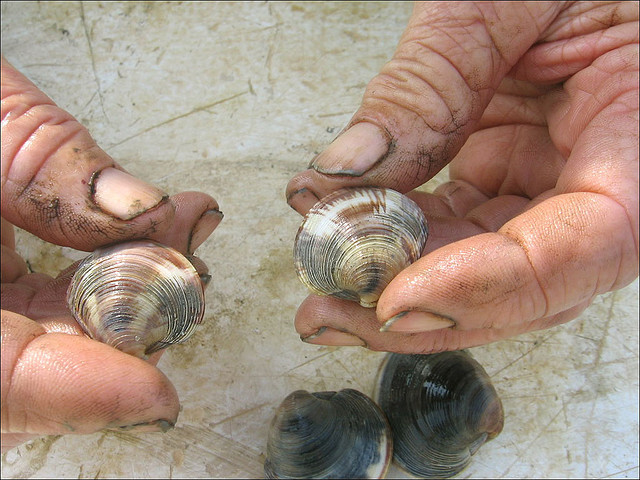 The 20011-2012 season for harvesting oysters and clams in South Carolina will open Saturday, Oct ober 1.

Oyster and clam seasons will remain open through May 15, 2012, unless conditions warrant extending or shortening the seasons. Season dates apply to both recreational and commercial shellfish harvesting. Shellfish harvesters may begin gathering oysters and clams on designated areas one-half hour before official sunrise until one-half hour after official sundown. All shellfish grounds are subject to temporary closure by the S.C. Department of Health and Environmental Control if water quality conditions are threatened. DHEC advertises such closures in your local paper and makes the information available at 800-285-1618.

The DNR maintains State Shellfish Grounds for commercial and recreational harvesting of clams and oysters, here are some facts you should know:

Recreational harvesters should review Public Shellfish Ground maps at the beginning of each season as areas open to harvest may change from time to time. New maps of Public and State Shellfish Grounds will be available by Oct. 1. Maps may also be obtained by calling (843) 953-9854 or by writing Marine Resources Division, Shellfish Management Section, PO Box 12559, Charleston SC 29422.  When requesting maps, please specify the area where you wish to harvest.

A Saltwater Recreational Fishing License is required for residents and non-residents for all recreational shellfish harvesting. Areas designated as Shellfish Culture permits cannot be recreationally harvested unless the harvester has written permission from the permit holder in their possession. Additional rules and restrictions may be found in the DNR Rules and Regulations, where licenses are purchased, or online.

The DNR strongly encourages recycling of oyster shell. Call (843) 953-9300 to find locations near you where shell can be dropped-off for recycling.  All shells collected by the DNR is used to restore shellfish grounds in coastal South Carolina.