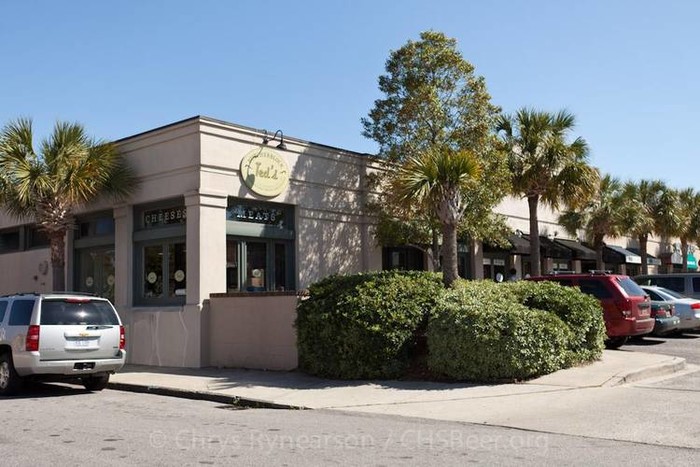 The home of Charleston's longest running regular beer dinner, Ted's Butcherblock, is shelving beer dinners for a while in favor of a monthly cask event.

The first one will be held Wednesday, May 30th. Edward and Morgan from Mount Pleasant's Westbrook Brewing Company will be on site pouring from a cask of Single Hop: Pacific Jade, their rye pale ale made with Pacific Jade hops, further dry-hopped with Calypso. If you're not familiar, cask beer is fermented natrually in the serving vessel (the cask or "firkin") and served at a relatively warmer temperature than force-carbonated beer. It's a unique drinking experience not be missed, a blast from our beer-drinking past made new by the varieties and ingredients involved.

Single Hop: Pacific Jade is the first in what will be a summer series of single-hop rye pale ales from Westbrook. This edition highlights Pacific Jade hops, a relatively young variety developed in New Zealand, fertile ground for hop farming and innovation. Its touches of passionfruit and black pepper should play well against tropical fruit aromas imparted by the Calypso dry-hopping.

Two things are not changing about Ted's monthly beer events: they are still collaborations with their old friends at Charleston Beer Exchange, and they are still serving delicious food. A handful of special plates will be available to enjoy along with the beer (at a VERY reasonable $5/pint):

Ted's Butcherblock is located at 334 East Bay Street downtown. No reservations are required for this event.