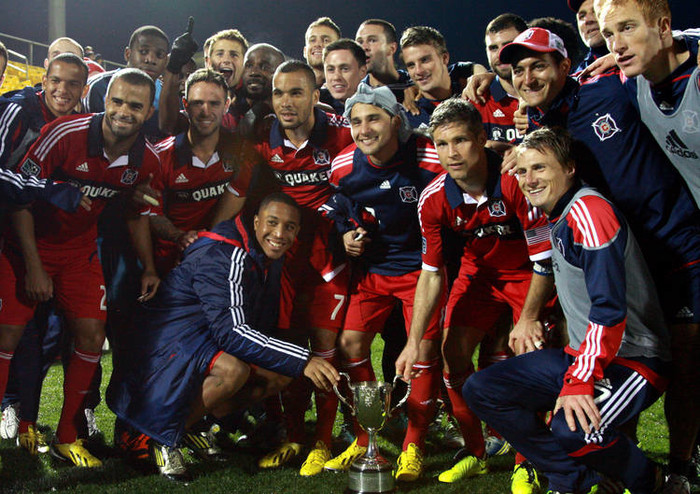 The annual Carolina Cup Challange's six matches have been played and the Chicago Fire have taken the title in a 1-1 tie against the Vancouver Whitecaps on Saturday, February 23.

After a scoreless first half of play, Chicago finally got things going at the 57' with a left footed blast that nicked the crossbar on it's way to the back of the net from Maicon Santos. Vancouver found the equalizer shortly after at the 68' as Darren Mattocks buried a penalty shot.

Chicago needed a draw or a win to be crowned the winners of the tournament and they got exactly the result they needed against Vancouver.

Also on Saturday, The Charleston Battery managed  their first win of the tournament against the Houston Dynamo, and goal tending from Battery keeper, Odisnel Cooper, was a highlight of the game.

Houston opened the game up with a goal at the 16' as Garcia floated it over to Weaver who was able to cleanly lay it off for Barnes to punch it home. Charleston immediately struck back at the 18'; Dane Kelly caught Dynamo keeper, Tally Hall, out of position and was able to turn and shoot one on the ground that just snuck by Hall's fingertips.

Odisnel Cooper made sure he was noticed in this match with a series of exquisite saves, he created a brick wall between the pipes for the Battery. At the 25' Cooper kept it knotted at 1-1 with a diving save off Houston's corner kick opportunity. Shortly after, Cooper came up huge again, stoning Brad Davis' penalty shot attempt with another beautiful dive to his left in the 36', and again at the 42' on a shot from point blank.

Both teams were finding opportunities in the second half with the Dynamo pressing late in the game; however, it was the Battery who found the back of the net. Austin Savage made his presence known within minutes of subbing into the game. In the 75', Savage headed the ball home at the back post off a corner kick from Zach Prince to give the Battery a 2-1 advantage.