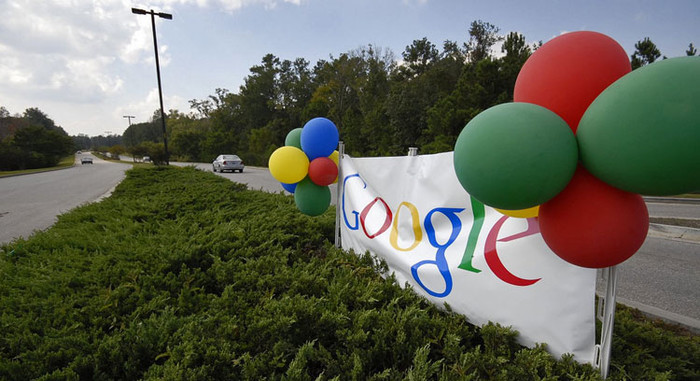 4:00 am on Monday May 4, 2009 | Posted by Ken Hawkins
Google shows off part of Berkeley County data center (updated)

Image by Geoff Marshall/TheDigitelImage by 20090429-google.jpg The Google facility's main entrance as seen in a file photo from their October grand opening.

Update May 4: The Post and Courier has done another, much better write-up on the Google plant. Go take a look.

Mind you the search giant was only prepared to show off the $600 million project's work area and not the much-guarded operations and data center area.

Read more stories on this subject in our Google topic page.Both The Charleston Regional Business Journal and The Post and Courier went.

I generally preferred the Business Journal's write-up and photo gallery, though The Post and Courier also had a couple of nice photographs.

Here's a taste of the Business Journal's write-up by Ashley Fletcher Frampton:

During a discussion of the Google culture, an employee cruised by on a Razor scooter, as if on cue. The data center has a collection of the scooters, which employees can pick up and ride.

“It’s the only way to get around a large building,” Henesy said.

A (grumbling) footnote: While we requested to be included on the tours, we were denied. If you also think you'd get much more interesting coverage if we had been allowed to join, well, I'd encourage you to send them a polite e-mail suggesting as such: mthollyproject@google.com.