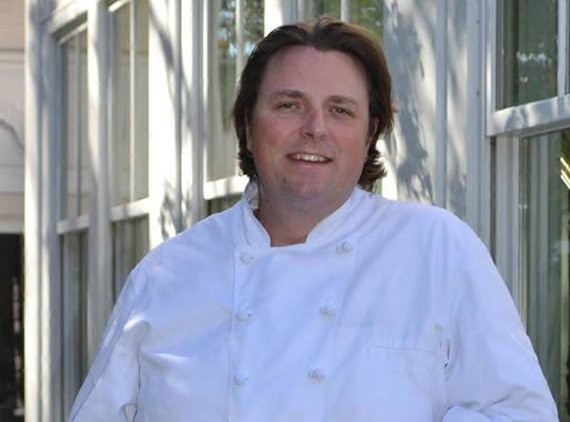 Charleston educated and trained, Parker grew up in Anderson, SC. He attended College of Charleston and worked as a licensed tour guide prior to cutting his culinary teeth with James Beard Chef Louis Osteen at Louis’s Restaurant on Meeting Street.

Most recently, Chef Parker led the culinary teams of seven dining facilities as Executive Chef at one of the world’s largest and most distinctive resorts, Gaylord Opryland in Nashville, TN. Due to the historic Nashville floods of 2010, and after helping re-open the iconic property, Chef Parker and his family relocated to Charleston to be reunited with family and a part of the dynamic culinary scene.

Chef Parker is especially inspired by the Old Village Post House space, its history and its neighbors – as he is passionate about the history of southern food and the stories of those who crafted it.  Throughout his career he has incorporated southern ingredients and elements in his cooking and looks forward to continuing to work with local purveyors and exploring new twists on classic Lowcountry dishes.

When you are in the Old Village, stop by and visit with Chef Parker. Forget the formalities though as Chef Parker actually prefers to just be called Forrest. “I really enjoy meeting with guests and hearing about their ideas and culinary adventures,” said Parker, “I would also be delighted to share my secrets and stories about what I’ve got cookin’ in the kitchen.”

The Old Village Post House is located at 101 Pitt Street at Venning, in the heart of Mt. Pleasant’s historic village.﻿