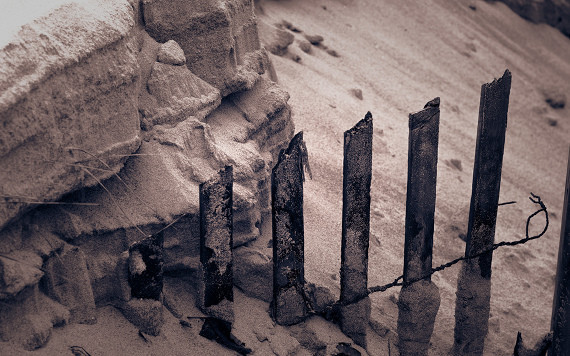 Back in 2011 a relatively uneventful Hurricane Irene swung near South Carolina, but the waves from that storm amplified erosion at Folly Beach County Park and have left the popular attraction closed ever since.

Now plans have been submitted to dredge some 415,000 cubic yards of sand onto the beach — if approved, the park could be reopen by June.

In a public notice the U.S. Army Corps of Engineers writes, "The proposed work consists of dredging for sand for beach nourishment, beach nourishment, and construction of a terminal sheet pile groin. The dredged sandy material will be piped from the borrow area across the marsh in an easement established by the federal Folly River Navigation Project.

"Groin construction will take place coinciding with beach nourishment so that the groin may be constructed on the newly constructed berm. The applicant states that sand will be placed to fill the grain beyond trapping capacity in an area up to 60 acres along approximately 2,500 feet of beach, and the groin structure is expected to maintain the fill on its north (upcoast) side."

You can check out the full draft plans over here.

Update December 17: Here's the latest update on the work being done to reopen Folly Beach County Park from a press release sent out on December 10th from the Charleston County Parks and Recreation Commission:

The Charleston County Park and Recreation Commission is working diligently to reopen Folly Beach County Park (FBCP) to serve the public once again, with the goal of completing the project in a time-sensitive window before summer 2013. While moving forward, CCPRC is taking into account the many environmental factors of the site.

After a comprehensive study by Coastal Science and Engineering, CCPRC applied for permits with the Army Corps of Engineers to renourish the beach at FBCP and build a structure that would extend 745 feet out to sea. Based on results from the study, the construction of a terminal groin would help retain the beach over time. It is the opinion of CCPRC and Coastal Science and Engineering that the permit to construct the groin will be successfully obtained.

Renourishing the beach will not only add public access, but also restore and protect the resources of FBCP from erosion and storm events. Secondarily, the restoration will provide a beach and dune area that will facilitate sea turtle nesting and shorebird habitat. The project would be conducted during a window that would not impact their nesting season.

Comments have been issued on the permit by the South Carolina Environmental Law Project, on behalf of the South Carolina Chapter of the Sierra Club and the South Carolina Coastal Conservation League. These agencies hold the position that a permanent sand-retaining structure would cause significant negative down-coast impacts. However, CCPRC and Coastal Science and Engineering strongly disagree. CCPRC has created a monitoring plan, along with the South Carolina Department of Natural Resources, the U.S. Fish and Wildlife Service and the National Marine Fisheries Service, that would document and mitigate any down-coast impacts should they occur. CCPRC has agreed to set aside $250,000 dedicated to the mitigation of any negative impact, including the removal of any permanent structure.

If the permit issuance is challenged by the Coastal Conservation League, the challenge will cause a delay that will not allow completion of the project within the March 1 – May 1, 2013 window of shore bird and turtle nesting.

“If the South Carolina Coastal Conservation League and the South Carolina Chapter of the Sierra Club move beyond their comments and into a lawsuit challenging the permits, we will not be able to complete the project within this window,” said Tom O’Rourke, Charleston County Park and Recreation Commission executive director. “After that window passes, it is highly likely that Folly Beach County Park will be gone forever.”

“We stand behind our impeccable record as a conservation agency,” said O’Rourke. “We did the necessary research before coming up with this decision. Folly Beach’s erosion issues are much different than other natural erosion situations.”

During the project window, sand would be exca­vated from a shoal in the Folly River and a terminal groin would be located at the south end of the southernmost parking area. Specifically, the beach will be renourished with up to 415,000 cubic yards of sand excavated from a borrow area in the Folly River, which contains approximately 450,000 cubic yards of sand. Material will be piped from the borrow, following an easement established under the federal Folly River navigation proj­ect. Groin construction will take place coinciding with renourishment so that the newly constructed berm will provide a platform on which to build the groin. It will trap and hold sand until it has reached capacity, at which time the southerly flowing sand will bypass the structure. The groin will be built from either steel or concrete sheet pile with a protective cap and armor-stone toe protec­tion.