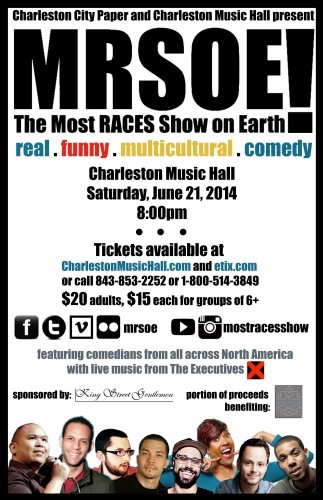 We put together the top up-and-coming and established comedians of all different nationalities to show that FUNNY IS FUNNY no matter what culture, creed or color you are!  Each comedian featured on the show delivers the NO-HOLDS-BARRED material of their choice, and while not every joke is about race, each comedian will showcase their best material offering a FAST-PACED show of filler-free comedy.

Performing at MRSOE! Charleston will be:

Featuring Live Music by: The Executives

Part of the proceeds will go to local non-profit “Corpus Callosum” – teaching kids to be great!