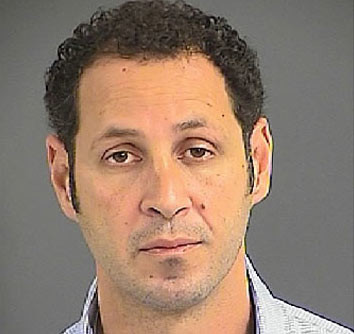 Sam Mustafa, owner of the local Charleston Hospitality Group﻿ that operates a half-dozen well-known local businesses, is all over the news in recent days for a rape accusation.

In short, a 20-year-old former employee says that while on Musta's boat, he forced her onto the cabin's bed, removed her bikini, and forced her to have sex with him.

It's not the first time that sexual allegations have been made against the man who owns numerous downtown bars and restaurants, but it is the first one of rape; Mustafa's was said to have avoided giving DNA and his bail has been set at $75,000.

Regardless of what happens with the allegations, the news is making a shift in the discussion about the man who founded Market Street Saloon, Eli's Table﻿,  Sam's Corner, Tabbuli Grill﻿, among others.

A 2010 profile of Mustafa titled "Work ethic, heart drive businessman﻿" read, "40-year-old Market Street Saloon owner has been living by the ideal that sometimes people need more than one shot to get things right.﻿ 'It's up to us as human beings to help make bad people good,' he says.﻿"

And today, the same paper has a report titled, "Another view of Mustafa emerges﻿", that discusses how a different conversation is emerging one about, "a man inconsistent with the reputation as a successful businessman that he worked so hard to build.﻿"

In that report you'll find the latest in the swirl surround the local businessman and the fickleness of reputation; take a read here.

We'll be sure to keep you updated with links as the case develops.