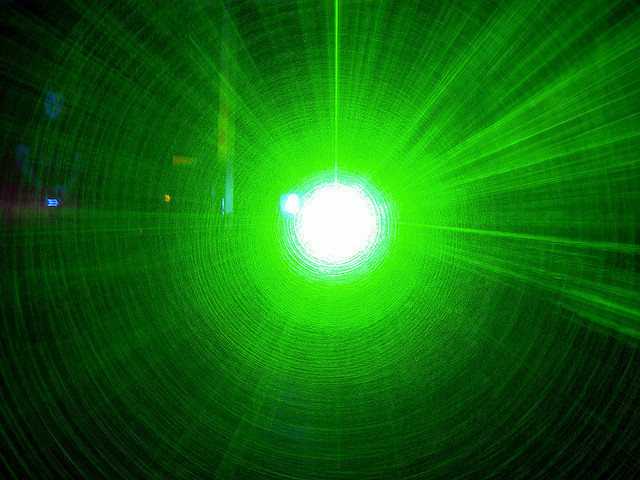 6:08 am on Friday January 6, 2012 | Posted by Melissa Byers
Green laser issue heats up after Civil Air Patrol cancelled due to improper use (Update: Commander relieved of duty)

Update, 1/6/12: Despite a lack of communication between the CAP and Mr. Teachout, he has been relieved of duty commanding the Myrtle Beach unit of the South Carolina Civil Air Patrol.

You can read all the details in this Sun News article.  While it is unclear who will lead the unit locally, it will still accept calls for assistance from Horry County.  According to this December Sun News article, Stephen Teachout can appeal this decision and fight for reinstatement.

Update, 11/1:/11 The commander of the SC Civil Air Patrol (CAP) has been suspended and is under investigation by the CAP national headquarters in Alabama.

The Sun News has the scoop.

The Commander of Myrtle Beach Civil Air Patrol, Stephen Teachout, was charged with third-degree assault and petty larceny for taking a laser from a 12 year-old boy pointing it at motorists.  As a result, he's taking his plane and going home.

As reported by the Sun News, the boy was aiming the laser at passing vehicles - the Commander's scooter, included.  At that time, he got off it, grabbed the boy's arm, and took the laser.  He was surprised later to find he was charged with a crime.

As we reported, laws have been passed to restrict the sale of laser pointers to minors, but when an adult buys one and then doesn't supervise the use, the problem isn't really solved.

This report on LaserPointerSafety.org details just how dangerous pointing lasers at aircrafts can be.  Teachout feels like Horry County doesn't have his back, nor the backs of pilots and motorists, by pursuing the charges against him.  As the Commander of the Civil Air Patrol, which in Myrtle Beach consists of three pilots, he has the right to deny service and he's taken full advantage, ending the patrol's 30 year relationship with Horry County officials.

How do you feel?  Should the charges stick given Teachout's actions?  Or should Horry Country drop them against Teachout as he was the victim of a assault by the laser?  Should his years of service with the Civil Air Patrol factor in?  We want to hear from you.

Check out this video on exactly how pilots are affected by the improper use of laser pointers.

The Rarebit's copper mugs being pilfered