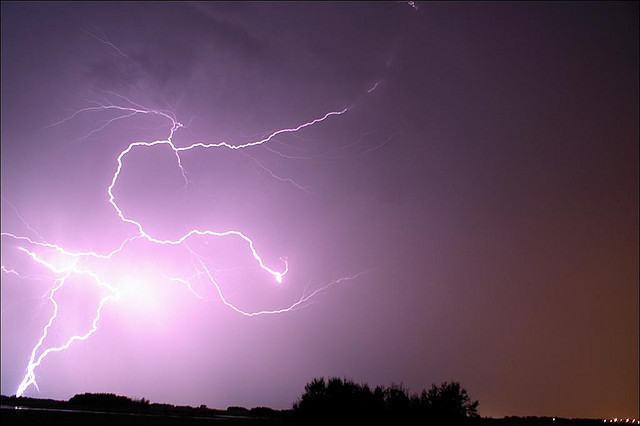 10:33 pm on Friday April 15, 2011 | Posted by Ken Hawkins
Watch out: Thunderstorms and possible tornadoes, hail due for Charleston today

And the Lowcountry hardly needs an excuse--from record heat to lots of rain, we've seen a good bit as of late. Now add another helping of thunderstorms, strong winds, some possible hail and tornadoes for today, April 16.

Severe thunderstorms with scattered to widespread showers will affect much of southern South Carolina and southeast Georgia as a powerful storm system approaches the region from the west.

The National Weather Service﻿ says, "Conditions will favor the development of severe thunderstorms from late morning through late afternoon with large hail and damaging winds. Isolated tornadoes may also occur, especially across interior southeast South Carolina. The risk for severe thunderstorms will be greatest along and north of interstate 16; however, severe thunderstorms could still occur south of this area to the Altamaha River.﻿"

Thunder and rain should begin popping any minute now before lulling from 9 to 11 a.m., and resuming, crescendoing﻿ at 5 p.m. and tapering off around midnight.

In all, expect around half an inch or less for the whole region with local spots getting more depending on how the storm settles.

Oh, and if you were thinking a trip out to the beach despite the storms, know the rip currents are due to be rather bad.

On the upside, Sunday is due to be 76 and sunny.