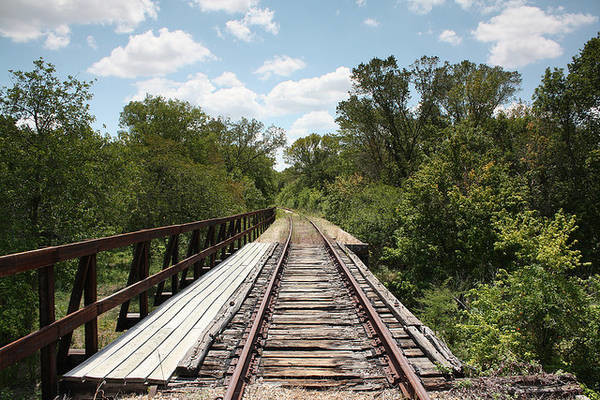 4:51 am on Thursday January 31, 2013 | Posted by
Outlook not so good for Carolina Southern Railroad

Update January 31, 2013: After months of meetings, the two-state committee has made virtually no headway on getting funding and/or repairs done for Southern Railroad.

While some fixes on the tracks and bridges are scheduled to take place on portions of the North Carolina line, according to The Sun News the fixes in North Carolina might be a bit moot, "Columbus County must travel over a closed bridge in Nichols, so the fixes north of the border will be useless without fixes south of the border."

There will likely be no loans or grants coming to Carolina Southern Railroad, but there are two last resort options, hop on over to The Sun News for the full write-up.

Update October 9, 2012: After the Federal Government turned down two grant requests, Carolina Southern Railroad is still in need of $1.5 million dollars for repairs.

That is where a tri-county committee comes in. The committee met for the first time Monday, October 8th in Loris to discuss the issue of Carolina Southern Railroad repair needs, repairs that could actually add up to the tune of $12 million dollars. Fear of losing more business due to the lack of railroad (and no interstate) in the are is very real.

But area leaders, committee members are hopeful and confident that the investment could payoff; hop on over to WBTW News Channel 13 for their full write-up and broadcast.

Below is some back story on the issue, but for even more information on the grant request check out our past report here.

First Report August 27, 2012: In this area we are awash with service industry, golf, hotel, and the other satellite industries that go with a tourist destination; but there is a real lack of "real jobs."

That information is nothing new. However, the Myrtle Beach Regional Economic Development Corporation is trying to change that fact.  They have had some victories, one being AvCraft in bringing in 150 new, good paying jobs.  The rest of the jobs that MBREDC has been able to secure are mostly call center jobs which has brought criticism. In most of the country, working for a big name call center is a ticket to a decent wage that you could support your family with but in South Carolina, that's not necessarily the case.

So what's the hold up in bringing in the manufacturing jobs that everyone wants for the area? One major factor is quite obvious, no interstate. While the battle for I-73 has been raging for 30 years, and probably won't be open for business for another decade or so, there is one simple solution that has been tried and true for over 100 years in the shipping business - railroads.

In the area, we do have one railroad company, Carolina Southern Railroad. It that has been around since 1995 and according to WPDE News Channel 15 used to have 18 customers just a few years ago and business was good. Today, however, Carolina Southern now has gone to "two or three" clients and that is due, in part, to the fact that our rail infrastructure is old and no longer meets federal safety standards.

The company applied for federal grants, but didn't get them and can't afford to fix the bridges without some kind of outside help.

The MBREDC told WPDE that, "lack of a working railroad effects 600 existing jobs," and of course then makes it hard to bring in more industry that would rely on transporting a massive volume of goods in and out of the area.

Head on over to CarolinaLive.com to watch their broadcast and read the write-up to learn more about the problem at hand and how the MRREDC is working with the Carolina Southern Railroad company in trying to secure the railroad's future and a better economic outlook for all of us in the area.