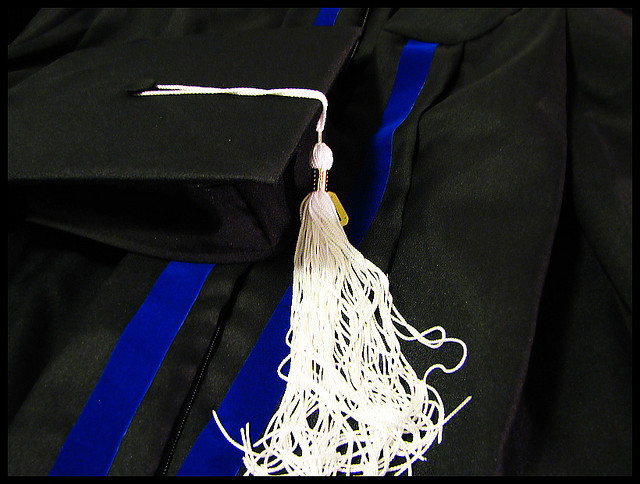 3:52 pm on Thursday May 5, 2011 | Posted by
HGTC graduation exceeds capacity; Many turned away

Horry-Georgetown Technical College's graduation began to heat up before the ceremony started, as graduation officials had to tell frustrated family members and friends that Beach Church, this year's graduation location, had met capacity.

Emotions began to boil over for some in the lobby, and the ceremony was momentarily delayed to allow many HGTC faculty to give up their seats for family members. Many applauded as faculty left to free up more seating. Still, many were stuck watching graduation begin on small televisions in the lobby.

One HGTC faculty member in charge of directing guest stepped outside and appeared to be visibly shaking; her motions to faculty nearby indicated that she had been having difficulty dealing with the unfortunate backlash encountered at the door.

The Beach Church holds about 1900 people, and with nearly 450 graduates with 5 tickets each, not too mention all full-time faculty and staff, the math speaks for itself.

HGTC adminstrators are sure to face angry emails and phone calls in the morning, as the lobby was filled with families separated from their graduates.

HGTC has previously used the Convention Center as a graduation location. But with HGTC's rapid expansion and ballooning class sizes, can an indoor facility in Myrtle Beach hold this many? Or will graduates be limited in the number of family and friends they can invite?