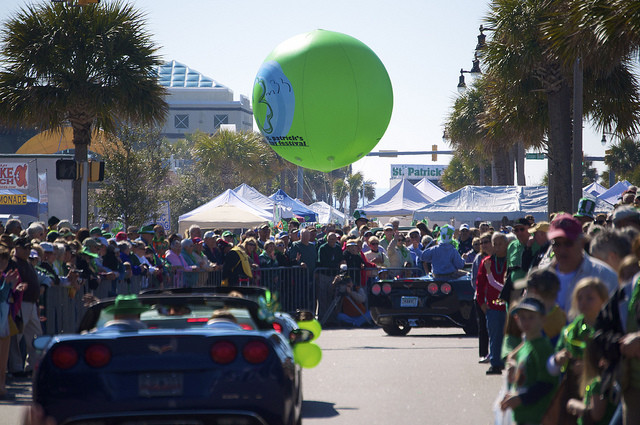 The news that this March has been the most successful in recent memory has been spread all over local media and by the Mayor of Myrtle Beach, himself.

Both The Sun News and WMBF News have great write-ups (and video) regarding this year's successful March and talk over next year's.

But what about North Myrtle Beach? I attended both the St. Patrick's Day parade and festival held afterwards and can tell you that there was a significant growth over last year. I spoke with Pat Dowling, North Myrtle Beach's Public Information Officer﻿ via email and he said that the Parks and Recreation Department report that the combined crowed for both the parade and festival was about 25,000.

Dowling went on to say that, "Next year, they will be expanding the area in which the festival is held in order to accommodate the annually increasing attendance," however; officials are not quite sure how they will accomplish this. It could be expanded further up Main Street or outward on either side of Ocean Boulevard from the east end of Main Street﻿ or perhaps both.