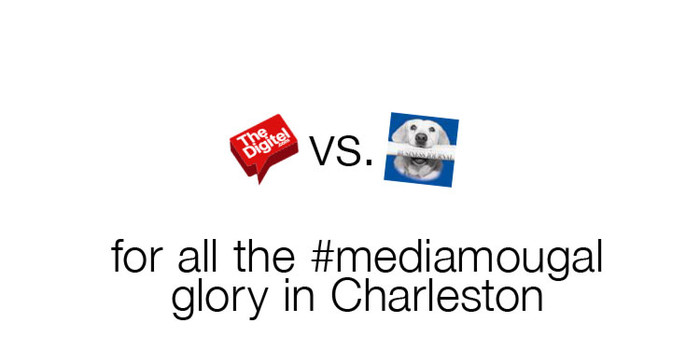 Update May 28, 8:38 a.m.: And The Charleston Regional Business Journal has taken it. Congrats.

Today's the day when either The Charleston Regional Business Journal or TheDigitel will earn the title of Charleston #MediaMogul.

Not only will one media outlet win, but so will one current follower of that publication who has entered the contest. They'll be awarded gifts to include a box of delicious MoonPies, a case of RC Cola, and a gift certificate to a local barbecue joint.

Yes, it's very much a tongue-in-cheek competition. But that also means it's been a lot of fun.

So, in that spirit, here are our two official responses -- one for each outcome:

1: "We're thrilled to have won. It's great race, but ultimately this old Twitter dog just couldn't keep up."

2: "Though we lost, we're thrilled to have come so close. And we're pretty sure we would have won if we didn't have 'real' work to do instead of just goofing off on Twitter."

But -- with a bit more sincerity -- it's been a lot of fun, and frankly I've been surprised at how lockstep our Twitter follower counts have risen. In the end, all I can say about the contest is that it's been fun and good for the exposure of both of our publications.

At TheDigitel (and I suspect at the Business Journal) we're pretty excited about how mediums like Twitter allow us to interact with our readers but allow natural cross-publication collaboration that allows us to greater specialize and enhance the whole media ecosystem.