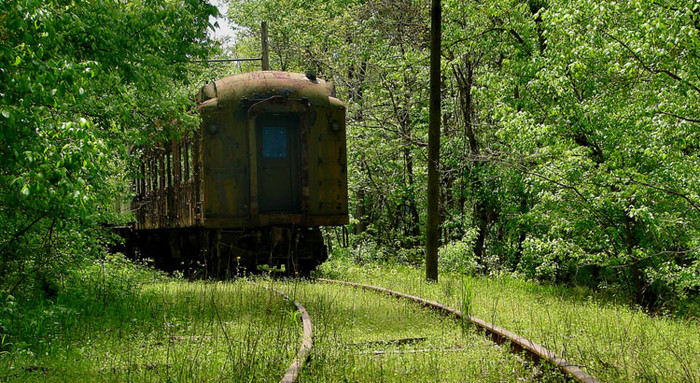 7:00 am on Thursday May 21, 2009 | Posted by Ken Hawkins
Despite veto North Charleston rail legislation not dead yet

Read about it here.

Also, while digging I came across the text of Sanford's veto on the rail issue and thought the text was rather interesting:

This proviso requires all railroad tracks, structures, and equipment on the Old Navy Base site in North Charleston to be transferred to the Division of Public Railways within the Department of Commerce. This transfer is to facilitate the development of an intermodal transportation facility that will provide CSX and Norfolk Southern railroad companies with access to transporting port cargo to and from the new State Ports Authority (SPA) terminal planned for the Base.

First, I am vetoing this proviso because it undermines the Memorandum of Agreement between the SPA and the City of North Charleston, in which those two parties agreed that the SPA would not grant railroad access on the northern section of the Base. The principle here is a simple one, your word is your bond - and this proviso would break with the words given that facilitated the SPA move from Daniel Island to North Charleston. Were it not for that agreement the port would likely have never come to this site in the first place. It isn't right to some years later and try and change the deal that got you were you are.

This agreement seems to have been sloppily arranged as from a legal standpoint, and the SPA had no legal authority to bind the Department of Commerce, Division of Public Railways or other areas of state government. This, however, does not change the spirit of the agreement - particularly since the same legislative principals like Senator Leatherman or McConnell who were there in negotiating this original agreement are now party to this proviso that would change it.

There is also an especially troubling pattern in the SPA seemingly not negotiating in good faith. This is evidenced in the heirs' property belonging to long-time families on the Cainhoy Peninsula still being held by the SPA, or in the disingenuous email from an employee of the SPA with regard to this contemplated rail line. These kinds of dealings highlight the lunacy of making the SPA board protected - as it would move it from what some would consider an arrogant or pushy entity to an imperial one.

Second, I am vetoing this proviso because we have doubts over whether the Division of Public Railways could enter into a public-private partnership for the operation of any intermodal facility that was built on property obtained through condemnation as this proviso potentially directs. The railroads that this proviso seeks to transfer is claimed to be private property and is the subject of pending litigation. If a court ruled that these railroads were private property, then the state would have to use the power of eminent domain to obtain them. In Georgia Dept. of Transport. v. Jasper County, the South Carolina Supreme Court held that the taking of private property to build a port facility that would be financed, designed, and operated by a private company was impermissible because our Constitution forbids the taking of private property by the state for private use without the owner's consent. Thus, in this case, the Division of Public Railways would likely be prohibited from entering into a public-private partnership for the operation of an intermodal facility on property that was obtained through eminent domain.

Although we are vetoing this proviso, let me be equally clear that we support the development of an intermodal facility that provides access to both CSX and Norfolk Southern. From a business perspective, northern access probably makes the most sense and is, therefore, important for the way it could enhance the new port terminal and lower the cost of doing business in the port. From a taxpayer standpoint, we also think it makes the most sense to use what we have in the old Navy Base to create a world-class port operation. We are squandering the blessing of deepwater access with frivolous pursuits like Clemson's so called "restorative institute," and we believe we would be far better off using lands like this for port operations. I just don't think we should use edict from state law to get there. We think it is important that the interested parties pursue options in good faith. We believe a compromise workable to the people of North Charleston, the state and the SPA can be found when they know they don't have state law there to obviate the need for negotiation.