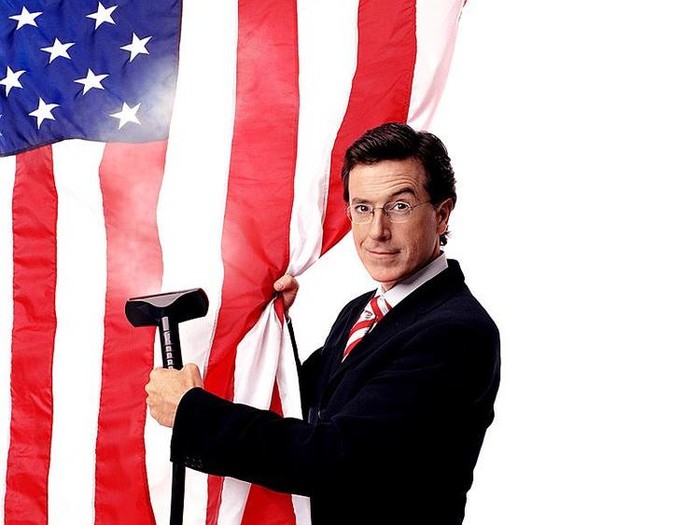 2:24 pm on Tuesday January 10, 2012
Stephen Colbert to the GOP primary rescue? (Update: Getting traction as write-in)

Update January 10, 2012: Colbert has made it on the preliminary polls as a write-in candidate for the South Carolina GOP primary.

In fact, he's pulled ahead of former Utah Governor Jon Huntsman according to Huffington Post. There's more details about the poll and results at Public Policy Polling. Read more here

Update December 22, 2011: Colbert was given some space in The State today where he gives the full scoop on his dealings with the South Carolina GOP.

As expected, it's an entertaining read that gives some great insight to the details behind the deals. Read it here.

First Report: Charleston, South Carolina native and Comedy Central personality Stephen Colbert tried again to inject himself and his brand of satire into the South Carolina primary, only this time instead of being on the ballot he wanted to sponsor the event.

Colbert, the host of The Colbert Report a satire of political "talking head" show that lampoons Fox News, conservatives and liberals alike tried to, according to Huffington Post sponsor the GOP primaries. South Carolina GOP officials met with Colbert several times this fall to talk about his sponsorship for the famed First In The South Republican Primary.

Colbert offered more than $100,000 to name the contest the "The Colbert Nation Super PAC Presidential Primary."﻿

The Republican Party has been scrambling to raise nearly $800,000 needed for the primary, but they have said they will be able to do it. Also, several counties sued challenging the state's right to hold the primary at all, but last month the state Supreme Court green-lighted the balloting. GOP officials said that decision ended discussions with Colbert.﻿

Colbert is also said to be working with South Carolina Democrats to:

push the state's Supreme Court to allow a question on "corporate personhood" on the January ballot. ﻿

Head on over to The Huffington post for the full report and read more about how Colbert and his PAC has been reeking﻿ comedic havoc in Iowa﻿ before their straw poll.

The State newspaper also has a piece regarding Colbert's sponsorship with a choice quote from South Carolina Democratic consultant Tyler Jones:

“I realize the South Carolina Republican Party is used to being the butt of every late-night joke...But I never thought I’d see the day that they actually asked a comedian to make fun of them. I could get used to this.”﻿

Moreover, in response to Donald Trump's upcoming debate Colbert has announced his own GOP debate called the 'South Carolina Serious, Classy Republican Debate'﻿ that he says will be broadcast next month on Animal Planet﻿. Our sister site down in Charleston has that story right HERE.