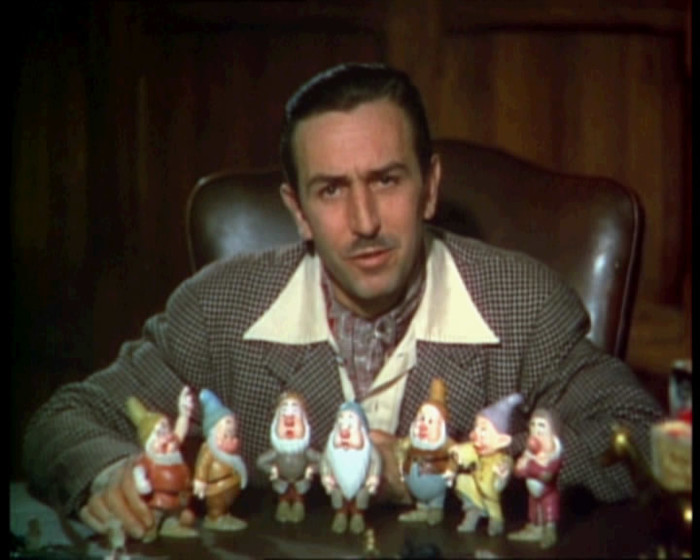 “If you can dream it, you can do it. It’s kind of fun to do the impossible.” Walt Disney

This quote is by Walt Disney (1901-1966) and the picture of him was taken in 1937. He was an animator, theme park designer, film director, producer, and business leader. In an age of great challenges, we need to understand Walt Disney’s law of doing the impossible, which involves doing the impossible through following your dream, using your creativity and overcoming impossible situations with imaginative solutions.

We have been pleased that this column, which first came out in 2010, has also been covered on the Walt Disney Newswire, Fantasia Newswire, Roy Disney News, SBWIRE and Topix. We remember Walt Disney’s many successful productions:  Snow White and the Seven Dwarfs, Mickey Mouse, Cinderella, Sleeping Beauty, Fantasia, Pinocchio, Peter Pan, and many others. One of his greatest dreams was the opening of Disneyland in 1957 in California. What child or adult has not been impacted by his creativity? He made it seem easy, but behind the scenes were events that would have destroyed those without a determined dream.

Disney’s first animation company, Laugh–O-Gram, went bankrupt and he lost all his employees. In another effort, members of his talented staff were scooped up and hired by Charles Mintz, who also gained control of Disney’s early characters. These were huge blows for Disney but his creativity and dreams could not be repressed. Soon Mickey Mouse was born and became one of the world’s most popular cartoon characters, along with Pluto, Goofy and Donald Duck. In part because of the extravagance of the budget, Snow White was called, “Disney’s folly.”  Everyone, including Disney’s wife and partner Roy Disney, tried to talk him out of the project.  Snow White won several Oscars and became an overwhelming success.

How do we know our dream is real? If a dream nags us, if it bothers us when we don’t do it, if we can’t get it out of our heads; it needs a second look.  Disney had successful people telling him Snow White was impossible.  But to quote Cinderella, “impossible things are happening everyday!”

The applications of Walt Disney’s Law of doing the impossible involve using imagination to solve problems, coming up with creative ways of doing things and imagining solutions never tried before.  Albert Einstein argued that imagination is more important than knowledge because imagination takes us into the future. Through our imagination we have the ability to create new images and ideas.  Through our imagination we gain inventiveness, insight, artistry and progress in civilization. Who could have imagined that a pet mouse in Walt Disney’s studio would become the basis of the animated megastar, Mickey Mouse? Who could have imagined the Disney studio succeeding during the depression with the movie industries first full length animated film, Snow White and the Seven Dwarfs, when others thought success impossible?

Disney’s Law of Doing the impossible tells us that, if we imagine failure, our mind will lead us in that direction. For awhile the United States imagined us not succeeding in manufacturing or creating better systems of production and, we lost much of our manufacturing. The automotive area is beginning to turn around as leadership imagines and creates a better future.

We have the capability of creating a viable economy but business leaders will need to apply imaginative and well thought out visions of future products and strategies. Albert Einstein stated that in solving problems we cannot apply the same reasoning that created the problem.  He called for us to use our imagination and creativity in developing new images, visions of the future and creative ideas. In order to apply the Disney Law we need specific goals and strategies. Imagination takes time, but the results are invaluable.

Gordon Mercer is past president and on the Board of Trustees of Pi Gamma Mu International Honor Society and professor emeritus at Western Carolina University. Marcia Gaines Mercer is a columnist and author of the children’s book, “When I Woke Up the World Was Yellow.” They love Charleston and have a place in nearby Garden City.