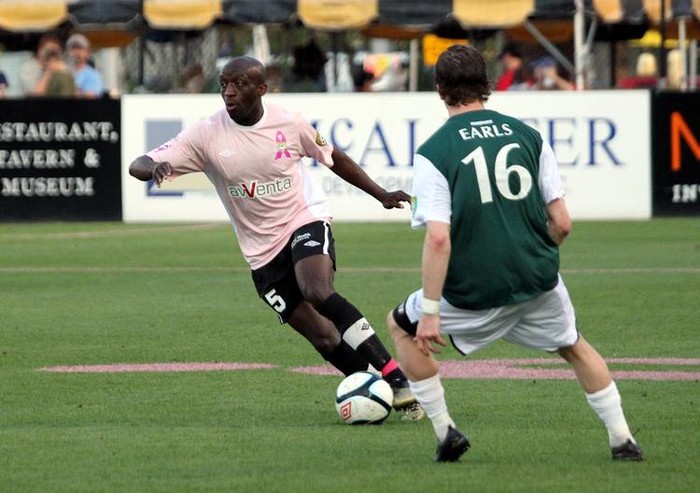 The Charleston Battery lost 1-0 to the Rochester Rhinos Saturday night at Blackbaud Stadium in front of 3,819.

Rhinos midfielder Danny Earls scored the lone goal in the 61st minute to lift Rochester to victory. The Battery enjoyed the majority of possession throughout the game and forced goalkeeper Kristian Nicht to make ten saves but could not find the back of the net.

Charleston created the first chance of the match in the 6th minute after forward Sallieu Bundu fought off his defender just outside the box. Bundu fired a shot at the goal but Nicht dropped to his left to make the save,

Minute's later midfielder Tony Donatelli came close after cutting inside his defender on the right side. Donatelli drove his shot at the goal but again Nicht made the save.

Charleston continued to press and earned a corner in the 35th minute. The ball was swung into the middle and after an initial clearance Battery midfielder Amadou Sanyang volleyed the ball at the goal. Nicht was stranded on the far side of the goal but the shot was cleared off the line by a Rochester defender.

The Rhinos scored the vital goal just after the hour mark after Danny Earls received the ball 30 yards out. Earls took a touch inside and hit a low shot that beat Battery goalkeeper Andre Dykstra just inside the near post.

The Battery responded immediately and Donatelli was denied again in the 63rd minute after his point-plank volley was smothered by Nicht.

The Battery final chance came in stoppage time via a Nicki Paterson free-kick but again Nicht was equal to the task, punching Paterson curling effort away to safety.

The Charleston Battery's next match is a second round Lamar Hunt U.S. Open Cup game on Tuesday, May 22 at Blackbaud Stadium; kick off is set for 7:30 PM. The Battery will face the winner of the N.Y. Greek Americans (USASA) at Reading United AC (PDL) first round match.