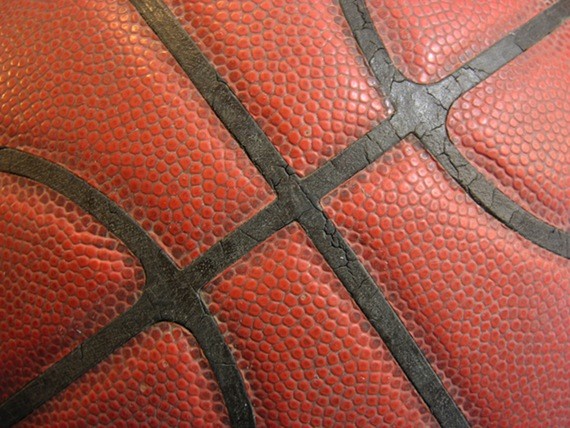 7:28 am on Wednesday February 15, 2012 | Posted by
Charleston Collegiate Sun Devils transform themselves - and their school

For years, Charleston Collegiate’s varsity boys’ basketball team has had successful seasons; however, this season they are finally getting the credit they deserve. Currently #1 in their class and undefeated in their region, this “Little School that Could” has quickly made a name for itself on and off the court.

What began as an assortment of players has transformed into a powerhouse.  With only two returning players this season, the team had to learn how to work together quickly. “The chemistry came fast,” says senior forward Aaron Willis. “We met the first time this summer and instantly became friends. Some of us then played football and built upon our friendships there. Now we’re friends on and off the court.”

Zach Frehse, a senior who has played throughout his high school career, believes this team is so successful because everyone is willing to listen and work as a team. In fact it is this humility that makes these young men so easy to coach. “Even though we’re in first place right now, to the players, it’s just another day on the court,” says Coach Jay Godbolt.

“They are not egotistical,” Jenni Stewart, a faculty member in her 12th year at Charleston Collegiate says. “It’s great to see these guys walk down the halls of the Lower and Middle Schools and watch the students freak out and ask for high-fives.” Junior guard Khalil Davis, the Lowcountry leader in points-per-game, says this in-school celebrity is a motivator: “It makes us feel like role models, which is pretty cool and motivates us to play the best we can.”

Jay Godbolt has been coaching at Charleston Collegiate for 16 years and credits the team’s accomplishments to their pure love of the game and to the coaches’ challenging the players. Godbolt consistently works hard to make sure the players aren’t complacent and that they are happy with their progress. “My job is to get them to the big leagues and win. I make sure they stay focused on the end result and continue to improve. The other coaches and I aren’t afraid to ride them in order to make sure we accomplish the things we set out to do.”

With obvious chemistry on the court, the team also credits some of their success to senior Ramon Jarrell. Jarrell, a former player, wanted to remain active this season and took on a self-defined “King of Spirit” role. Godbolt considers Jarrell his 6th player; he helps the coaches on the court during practices and in the bleachers during the games.

Jarrell has worked hard this season to improve Charleston Collegiate’s school spirit as well as promote healthy rivalries between opposing student bodies. “Before, it was a team vs. team rivalry. Now that the students are getting involved, we have generated enough participation to create a school vs. school rivalry,” he says. “Students come to the games to watch their classmates on the court but they also want to show up the other teams’ student sections.”

While the players are doing their part to ensure success on the court, Jarrell holds up his end by creating individual cheers for each player and taking advantage of time outs. Senior guard Chase Schaeffer says it’s been extremely helpful to have Jarrell and the rest of the Charleston Collegiate student body right behind the opposing team’s bench. “While we’re in a time out and focused on the game, I know the other team is struggling to pay attention while Ramon and the crowd are screaming right in their faces. It motivates me to play that much harder.” Jarrell concurs, “Those time outs are my time to really pump up the crowd and make sure we can get inside their heads to distract them.”

While Jarrell’s role is new this season, he is quick to give complete credit to the team. “These guys are putting on a show for us and the least we can do is come out and support them. Watching their success on the court with crazy dunks and 3-pointers keeps the student body coming back. They want to cheer on their classmates and see them perform well.”

It is this love for each other that illustrates that quality, not quantity, is important at Charleston Collegiate. Overall team unity and a shared passion for the game have helped lead this small but mighty school to victory time and time again this season. With the addition of the “King of Spirit” boosting student and faculty participation, the Sun Devils are headed to the State Tournament next week.