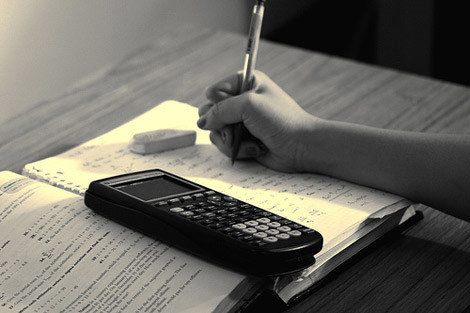 Image by flickr user scui3asteveoImage by studying.jpg The cost to attend a two-year college in South Carolina has gone up 47 percent in the past six years. And it's even worse for four-year institutions, where the price tag has risen 64 percent in that period.

So how much do South Carolina residents depend on the lottery to help fund education? For some, it's the difference between going to college or not going to college. The Charleston Regional Business Journal tells the story of Gilbert Cavazos, who is now the first in his family to receive a college education and on his way to New Jersey to get a degree in accounting. But, with tuition costs rising, how long will the lottery be able to keep up?

From the Business Journal:

But (the lottery's) value has deflated, as lottery proceeds cannot keep pace with the rapid inflation in college tuition.

Tuition at the state’s two-year colleges has increased 47% to $3,412 since 2002, the year the first lottery scholarship was awarded, according to figures from the S.C. Commission on Higher Education.

The whole point of the lottery is make education accessible for everyone in South Carolina, but with tuition rates skyrocketing, it's going to take some new thinking to continue providing that access. Right now, lottery funds make it possible to pay for about half of the tuition at a tech school, but the initial goal was to make a two-year technical college degree more or less free.

Some officials are suggesting a redirection of education lottery funds to those with the most need, and others have floated the idea of expanding gambling to include video machines or table, which would increase revenue.

But Gov. Sanford disagrees with an expansion of gambling, as the Business Journal writes:

"The governor doesn’t believe that there should be any expansion of legalized gambling in South Carolina, particularly not state-sponsored gambling," (Sanford spokesman Joel) Sawyer said. "That being said, one of the things the governor proposed was cutting retailer commissions. We think if we’re going to have a lottery, we need to maximize the dollars going to education."

The state’s true efforts, Sawyer said, should be on ways to lower the cost of higher education, not raise the dollar amount of scholarships or assistance.

That’s the goal of the Higher Education Study Committee. The committee’s report will be presented to the General Assembly next spring.

Then again, there's the issue of more student demands on campus, as well. Huge recreation centers and gyms. Gourmet eating establishments. Top of the line dormitories. Etc., etc., etc. So should things like that be stripped from public universities, and return to the expectations of a decent bed and a focus on academics?

I guess we'll see what the committee has to say next spring ... Until then, share your thoughts here. And share them with the Higher Education Study Committee, as well.