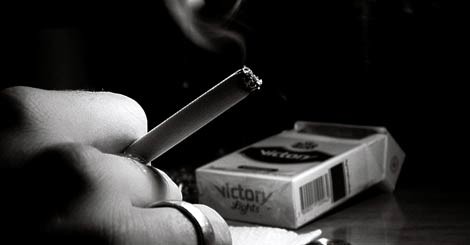 3:01 am on Thursday April 1, 2010 | Posted by Ken Hawkins
Support still there for a state increase on cigarette taxes (updated)

On Wednesday, the Senate voted 26-16 in approval to raise the tax on cigarettes and and tiny cigars packaged to look like cigarettes by 50 cents to 57 cents a pack.

Representatives of the South Carolina Tobacco Collaborative and doctors are gathering at the Medical University of South Carolina today to talk about increasing the tax on cigarettes and the need for money for tobacco-use prevention.

A plan has been approved to increase the current tax to 30 cents per pack which will bring in an estimated $88 million.

Despite news that the federal government is upping the tax on a pack of smokes by some 62 cents, state lawmakers still appear to be resolved to hike South Carolina's cigarette tax.

Read more stories on this subject in our cigarette topic page.That tax would likely be 50 cents, and state lawmakers are hoping money from that bill will target the same thing that the federal legislation is: Children's healthcare, namely the State Children's Health Insurance Program.

Last year, the proposed state tax was estimated to bring in $155 million. It's money that could be instantly grown in the form of federal match dollars.

Go get the whole story at The State, or head over to our story from yesterday about the federal tax hike.

South Carolina's cigarette tax is currently the lowest-in-the-nation at 7 cents a pack, the state hike would tie us for 39th.