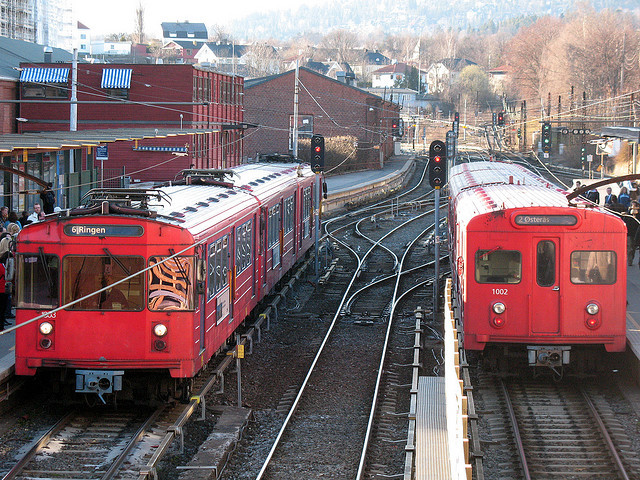 Image by Flickr user shannonkringen Charleston once had many trains connecting inside downtown, but when cars came they proved that you can't have the best of both worlds.

I stumbled across a story in today's edition of The New York Times titled "Europe Stifles Drivers in Favor of Alternatives﻿."

In essence, the story talks about efforts across Europe to willfully (if not deliberately﻿) make driving harder so that people can more easily find practical encouragement to use public transportation.

You can read it here.

And that got me thinking, with a successful once-monthly closing of King Street to cars, an expensive and controversial expansion of I-526, a financially delicate bus system, fledgling discussion on rail, and a strong bike- and green-loving core, what will it take to make Charleston more serious about alternative transportation?

("Share" lanes are a step forward, but hardly bold.)

An interesting quote: "Although Zurich's store owners initially protested street closings, fearing they would mean a drop in business, that fear has proved unfounded. Pedestrian traffic increased 30 to 40 percent when cars were banned, an official said.﻿"

So what do you think, can there ever be a culture shift like this in Charleston? And what will it take to make it happen? Is the lack of proper mass transit the will of the people or thanks to the asphalt priorities of government?